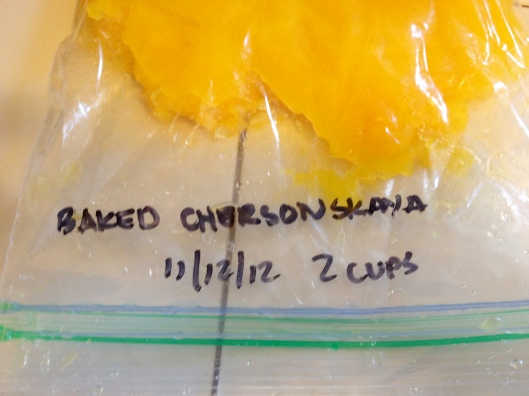 First, I have to say, I do not consider myself a pie maker. I have made as many sweet pies as I have roasted turkeys. Two, maybe three. But, as I prepared to host the feast holiday in my home this year, and upped the ante by inviting a few guests beyond my family, I planned on making a pumpkin pie that my husband nor my son would be able to eat due to egg allergies. Then, two things happened to steer me from the traditional pumpkin pie. Did I mention that I love pumpkin pie?

1. I stumbled upon a vegan pumpkin pie filling on a blog I read regularly, Susan T’s Kitchen. The use of coconut milk instead of sweetened condensed milk seemed like a great alternative, and corn starch instead of egg made me think of all the new possibilities for eggless cooking. I was going to give this a shot.

2. I cooked up the first Chersonskaya, and in my quick search of the web for recipes (finding none) I stumbled upon a single comment on a random gardening board in which the commenter stated that he had substituted Chersonskaya for the pumpkin in a pie he had made and said it was fantastic.

An eggless, milk free Chersonskaya “pumpkin” pie. What could be better? 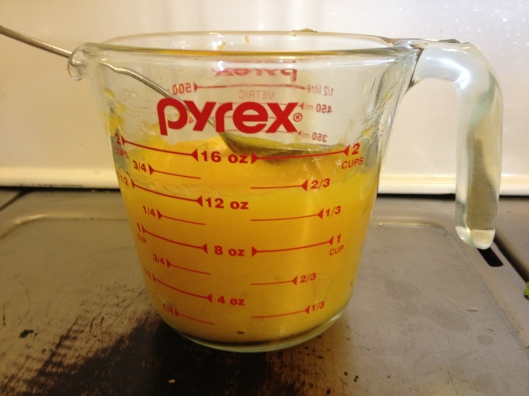 On pie baking day, I took out my cooked squash from the freezer to thaw. Once thawed I drained off a little of the water, afraid the excess would make the pie too runny. I threw it in the food processor to make it real smooth and added the rest of the ingredients. With two little ones running around, I was cutting corners where I could and used a pre-made pie crust. Nonetheless, that was almost a disaster. I saved it, but it didn’t look too pretty in the end.

My daughter helped, and once we added the coconut milk to the pie filling she declared that it smelled “consusting.” That would be “disgusting.” I did have to agree that it smelled a little odd, but continued to stir and hoped for the best. 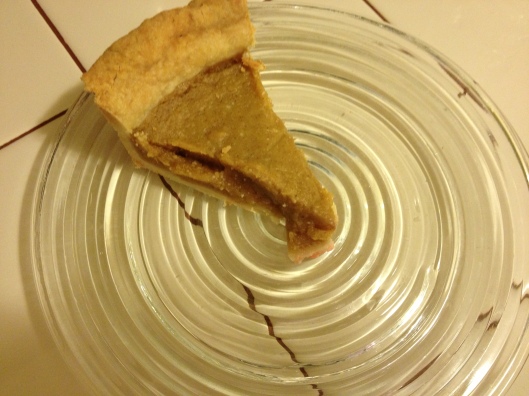 This is what is left of the pie 24 hours after it was served. Needless to say, this pie was a hit! And, it got people talking about squash, which resulted in a trip to my pantry to see the famous Chersonskaya.

Again, here is the link to the recipe from Susan T’s Kitchen. I substituted the pumpkin with Chersonskaya and added two table spoons of white granulated sugar.

I can only imagine it would be an excellent substitute in a traditional pumpkin pie as well.

Tonight, before going to bed, my daughter confirmed that yes I would be eating a piece of “our” pie and then declared that I must leave her some for tomorrow. I guess the “consusting” coconut milk is a long forgotten detail.